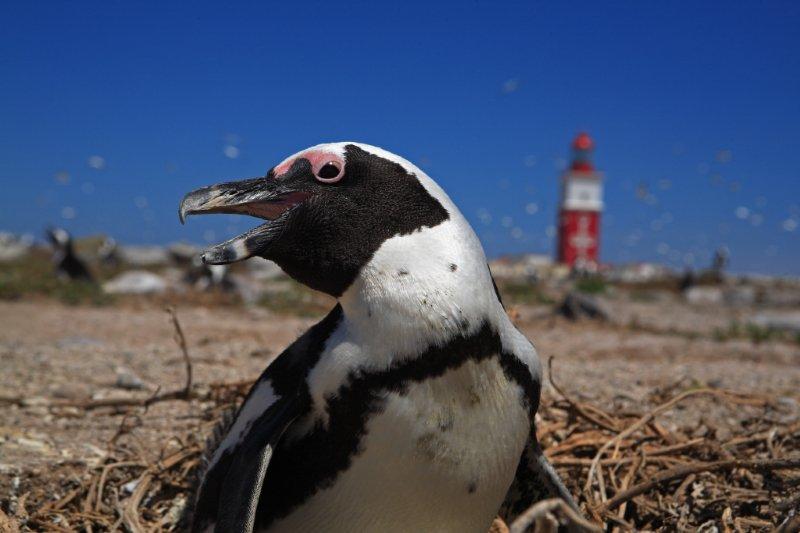 The African penguin – the only penguin species breeding on the African continent – is classified as endangered because it is undergoing a very rapid population decline. The numbers of these endemic penguins (Spheniscus demersus) have decreased drastically over the last few decades, with a massive 70% decline of this iconic species in the past ten years. This trend currently shows no sign of reversing, and immediate conservation action is required to prevent further declines.

The RFA therefore opted to support a study by Dr Lorien Pichegru and Alistair McInnes of the University of Cape Town’s Percy FitzPatrick Institute of African Ornithology to assess the relationship between penguin foraging behaviour, prey abundance and fishing activity in the Algoa Bay region. St Croix Island is host to the world’s largest colony of African penguins (75 000 pairs) and was closed to fishing from 1 January 2009 to 31 December 2011 and nearby Bird Island (2500 pairs) remained open to fishing until the 1 of January 2012 after which it was closed for 3 years.
The project was aimed at defining the links between fishing closures and food availability for penguins, understanding how penguins respond to variable prey availability, and optimizing closures regarding both economic and biological needs. Acoustic surveys were used to assess the penguin’s prey availability, while high numbers of GPS tracking devices were simultaneously deployed on breeding penguins from colonies open and closed to fishing pressure to track foraging behaviour.
Although this study is part of a bigger project which still requires further work, the findings at this stage indicate that:
1. Foraging effort could be related to fish abundance in Algoa Bay, as low fish abundance was concomitant with high foraging effort on both islands in 2012 whereas the opposite was encountered in 2013.
2. Obvious difference in fish abundance was not observed between fished and non-fished areas. However, the identification of the small pelagic species encountered still need to be assessed as it is possible that fishing depletes certain species, thereby modifying the general structure of the fish assemblages.
3. Industrial fishing pressure negatively impacts foraging effort of penguins breeding on St Croix Island and the implementation of a 20km exclusion zone has been demonstrated to benefit penguins. However, further data and the influence of natural physical drivers of fish abundance need to be investigated for stronger conclusions.

The assessment of local fish abundance in this study adds nuances to previously published results: while the size of commercial fishing clearly influences foraging effort, the magnitude of such influence certainly depends on local fish abundance which can vary annually. The results of this study will serve to inform the planning and future development of Marine Protected Areas in South Africa.

Assessing the Impact of Seismic Surveys on South African Fisheries