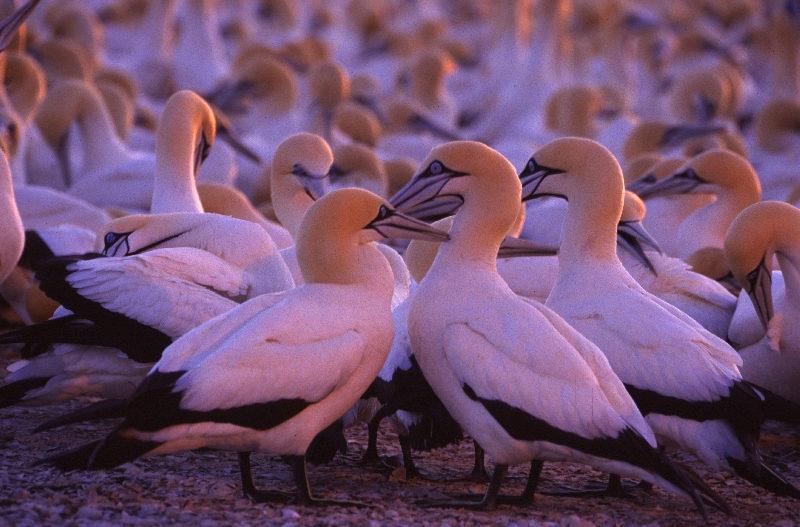 Global seabird populations have experienced a recent decline, largely attributed to the incidental mortalities caused by commercial fishing operations. Scavenging birds, including many endangered albatross species are fatally attracted to fishing vessels. The recent implementation of Tori Lines has reduced seabird mortalities by up to 90%, however there are still a large number of seabirds that drift toward the trawl warp while foraging for discards adjacent to the vessel. A new device has been proposed by a local skipper, Roy Diedericks, which effectively creates a ‘curtain’ of streamers above the scuppers to prevent birds from aggregating alongside the vessel. The device has been named the ‘Rory Line’ after its founder, and a project has been commissioned by the RFA in collaboration with BirdLife South Africa to investigate the potential of the newly developed device.

The results of the study revealed that when a Rory Line is deployed in conjunction with a Tori Line, the number of albatrosses, white-chinned petrels and Cape gannets drifting toward the danger zone was reduced by 67%, 62% and 42% respectively. Among other interesting findings, it was also discovered that the effectiveness of the device hinged on the foraging behaviour of the seabirds. Plunge divers, such as the Cape gannets enter the water behind the Rory Line and therefore render the device less effective. The RFA will now seek to test the Rory Line onboard selected vessels to assess the potential of large scale deployment of the device.

A detailed report of the findings of the study can be accessed here: http://adu.org.za/pdf/Rice_Edward_2012_MSc_CB_thesis.pdf