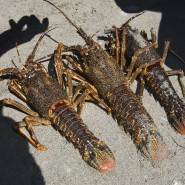 The Responsible Fisheries Alliance (RFA) is apprehensive about the current lack of transparency on the part of the Department of Agriculture, Forestry and Fisheries (DAFF) regarding the setting of the West Coast Rock Lobster (WCRL) Total Allowable Catch (TAC) for the 2012/13 fishing season.

The Department’s decision to set an unchanged TAC for the 2012/13 season, reportedly contrary to the recommendations of the Department’s own scientists, raises significant concerns for on-going responsible fisheries management in South Africa.

The WCRL fishery is a critical source of income and livelihoods for many people in the fishing industry, ranging from small-scale inshore fishers to large-scale offshore operators. The fishery has declined dramatically over the last two decades such that stocks are now sitting at an all-time low.

In recognition of the status of this resource, the Department, along with all industry stakeholders, had previously agreed to a recovery plan for this fishery which would have required cuts to the current TAC. The Department’s failure to adhere to the recovery plan targets or to provide clear justification for setting the 2012/13 TAC higher than scientific recommendations raises significant concerns.

The decision to set the TAC higher than scientific recommendations may also have significant implications for the broader South African fishing industry as seafood buyers, both local and global, are increasingly making commitments to sourcing only seafood which comes from well-managed, sustainable sources. This fishery may now be at risk of being regarded as no longer sustainable, which would have disastrous economic consequences for all whose livelihoods depend thereon.

The RFA requests that the Department motivate the reason for overriding the previously agreed recovery plan and indicate what the effects of this decision is likely to be on the recovery plan.